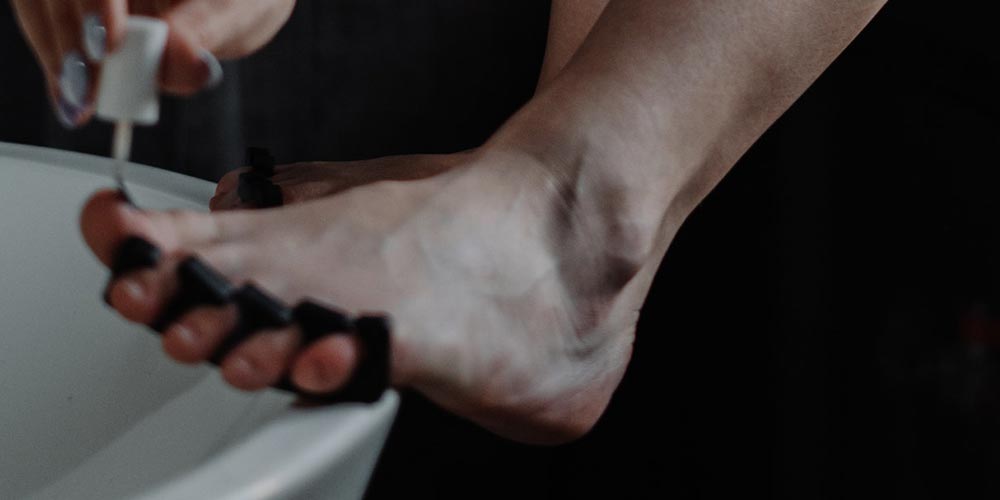 The best (and worst) ways you can combat nail fungus

If you’ve been clicking around on different websites before coming here, you’ve probably noticed a bit of a theme around the treatment of nail fungus. Let’s be nice and call it ‘complicated’.

Put simply, the literature out there on most of the sites you’ll find popping up when you search ‘nail fungus treatment’ will tout their personal favourites while discounting others, tell you alternatively that fungal infections are difficult to treat and simple to treat, or just inundate you with so many at-home remedies you don’t know where to start and where to finish.

We’re here to try to change the idea of treatment from haphazard bombardment of ideas to a focused, orderly explanation of each kind of treatment as well as how and when to go about trying each out. Also, this guide isn’t the ‘be-all-end-all’ of our discussions of treatments – keep an eye on NailFungus.co.uk to see our in-depth reviews on some of the more popular treatments floating around.

We’re going to start off our breakdown of remedies based on the seriousness of the infection – from the simple and not-so-serious at-home measures and preventative tips to the doctor-prescribed antifungals that come after a serious infection. You’ll also notice that in this list we mainly focus on toes, toenails, and feet – this is because fungal infections affect the feet much more often than the hands, but this can all apply to fingernails as well. We’ll also give you folks looking for information about fingernail treatment a little section at the end.

To start, we want to just let you know that some remedies may work better for you than others – all of it depends on a plethora of different factors including your age, your health, the state of the infection, and the location of the infection. It may be easy for a fit and healthy person to treat a little discolouration on their toe, while an older person with some health problems may take longer to fix the same issue.

One final thing before we go about explaining these remedies: if you are at all uncertain where you fit into these categories and you’re worried about your nail, see your doctor. They have your medical history and will know better than us how to treat your condition.

Let’s start off with the lowest stakes of all: you don’t have any fungal infections. Well done! However, maybe you’re the kind of person who takes their hand and foot health very seriously, or maybe you come from a long line of people with nail fungus, or maybe you’re just here researching a project for school (we like your proactivity!) – either way, you’re looking for ways to make sure nail fungus doesn’t affect you later on.

Like all infections from an outside agent, cleanliness is important. Fungi are living organisms that thrive in dark, dank locations – in our case, underneath a fingernail or a toenail. Making sure you keep your nails, hands, and feet clean is the most important step in preventing nail fungus.

But this doesn’t simply mean scrubbing your appendages vigorously (although you should do that) – it means being aware of cleanliness wherever you go: are you walking barefoot through a puddle? Are you not wearing sandals in the gym’s sauna? Do you keep your feet cloistered in suffocating shoes all day even when you’re at home? These are all situations where you’re inviting some kind of fungal bacteria to get a foothold (pun intended) and grow.

If you are vigilant about how you care for your feet on a daily basis and keep them clean and surrounded by breathable material, you’ll be rewarded with a distinct lack of fungus.

Okay – so at this point, you may have noticed a little discolouration on one of your nails – maybe it looks like a little spot that’s white or yellow. Maybe your toenail is getting a bit thicker compared to what you’re used to. However, it’s not too big of a bother for you and you’re more curious than worried.

If that’s the case, you’re probably looking for a quick-ish fix that you could concoct with stuff you’ve got lying around the house. These are some recommendations for lower-stakes fungal infections – and sometimes they will work wonders! Since there are so many at-home remedies touted on the internet, we’ve decided to work with the top five most common at-home solutions you’ll see in an average Google search.

One of mankind’s oldest cleansing solutions, vinegar is made from acetic acid that does a reasonably good job in breaking down bacteria and fungus. If you’re game to try it out, combine one-part vinegar with two-parts warm water and soak the affected nail for 20 minutes a day.

Ah – vinegar’s old enemy: baking soda. Baking soda is a good choice for the opposite reason that vinegar is – it absorbs excess moisture, decimating the fungus’ environment rather than the fungus itself, leaving it to dehydrate. Some people recommend using a paste with water and baking soda applied to the foot, but we prefer the method of sprinkling it on the foot and then putting on a clean pair of socks.

Don’t be fooled – while ‘snake oil’ has come to be a colloquialism for ‘fake miracle cure’ – snakeroot oil is something else entirely. Snakeroot is actually a kind of plant, so your oil isn’t coming from an actual snake, and a 2008 study found snakeroot oil to be an effective remedy for nail fungus when applied regularly.

If you use it to ward off vampires, wouldn’t you trust it to ward off fungus? Garlic is an antimicrobial plant that can be as effective as it is delicious (according to this study of traditional Irish herbal remedies). The study found that it was effective in combating fungal infections when applied (chopped) to the area for 30 minutes a day.

Okay – we cheated a little here. We’ve decided to give a quick mention to ‘essential oils’ rather than a particular kind of essential oil, as websites are quick to mention the specific oil that they think is the best. We are of the opinion that there are dozens of essential oils out there that you can pick up and nearly all of them have innate antibacterial and antifungal properties that could help your infection. Our pick of the lot is tea tree oil, but if you like clove oil, jasmine oil, eucalyptus oil, lemongrass oil, clary sage oil, lavender oil, or even ylang-ylang oil – give it a shot!

So maybe the at-home remedies didn’t quite work out – that’s okay! We’re just moving up the tiers of treatments. If your at-home experiments weren’t as effective as you wanted them to be, it might be time to shop online or actually take a trip to the chemist to find some pre-packaged or bottled treatments for your fungal infection…something that was designed specifically for combating fungi rather than ingredients for a science fair volcano.

Here are the most common and effective topicals that you can apply to your feet (or hands) to try to stop the spread.

If you’ve done any rudimentary hunting around on the internet for topical solutions to fungus, you’ve probably already stumbled on the name ‘ciclopirox’. If you can say that name out loud – well done! It took us a few tries.

Ciclopirox (sometimes called ‘Penlac’) is antifungal nail polish or lacquer that is applied directly to the nail. Once a day, paint the affected fungal nails with this solution, let it dry, and then wipe down the built-up layers after seven days. This isn’t a quick fix, however, as ciclopirox can take anywhere from six months to a year to yield any noticeable results.

Using a nail cream is a little fussier than nail polish. Nail cream isn’t as effective at penetrating the outer layers, so often, using a cream will have to be paired with debridement – meaning a layer of the nail will have to be removed so that the anti-fungal cream can penetrate a relatively thin layer.

This can come in the form of medical debridement by a podiatrist, or the use of a urea topical cream to thin the nail and then an antifungal topical cream to fight the infection. This might yield results a little faster than nail polish, but it is also thinning out your nail significantly.

So the at-homes were a dud and the topicals didn’t really put up a serious fight. Your toenail is probably looking worse for wear at this point. We’re talking full discolouration, distortion, thickness, and crumbliness.

While we don’t want to be fear-mongers, when your toenail is disintegrating, it is definitely time to go and see your doctor. Seeing a doctor at this point (or any point earlier, you don’t have to wait until your nail is brittle to go see one!) will give you a specific solution based on your personal medical history.

More likely than not, your doctor will prescribe you an oral anti-fungal, which in layman’s terms is a medicine developed specifically to fight fungi and fungal infections. These are powerful medications and so are not available on the shelf of the local chemist. In order to treat your fungal infection with oral medication, you’re going to need a prescription.

Most antifungal orals work the same, so we’re not going to go about separating Lamisil, Terbinafine, and Sporanox – we’ll leave which one you should use to your doctor. However, they all generally work in the same way: you take a regularly prescribed dose of an antifungal oral medication (usually with food once or twice daily) to fight the fungal infection. As with any kind of prescription medication, just be aware of the side effects that are possible and follow your doctor’s dosage instructions to the letter.

Don’t worry – the whole foot isn’t coming off. This is the last resort for when the nail becomes too bad to save: maybe it is already falling out, the infection is severe and spreading into the limb, or it is extremely painful.

In this situation, a doctor may suggest surgical removal of the nail in its entirety so that they can apply anti-fungal drugs directly to the bed of the nail without the nail itself getting in the way. Your nail will grow back, but it may take a while of waiting while you tend to your now-exposed nailbed: toenails can take up to a year and a half to grow back while fingernails can take six months.

Well done, fingernail people! You waded through all that foot-talk to get to the section that’s just for you. As we mentioned, most of the above remedies will work just as well for a fingernail fungal infection as it will with a toenail infection, but it is important to remember that fingernails grow much faster than toenails and often get more use than toenails. That means that while you may be much less likely to get a fungal nail infection in your fingernail, because of how quickly it grows compared to your toenails, the infection may spread faster, which means you’ll want to get on top of treating it that much faster.

Since fingers and hands get used more, if you’re going for a medicinal or at-home topical, just be extra careful to not rub off what you’ve used to treat your nail fungus – it is a whole lot easier to simply wrap your toe up and put it in your socks to protect them, but your fingernails don’t necessarily have that luxury. 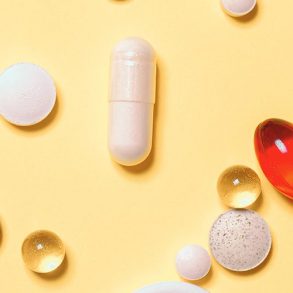