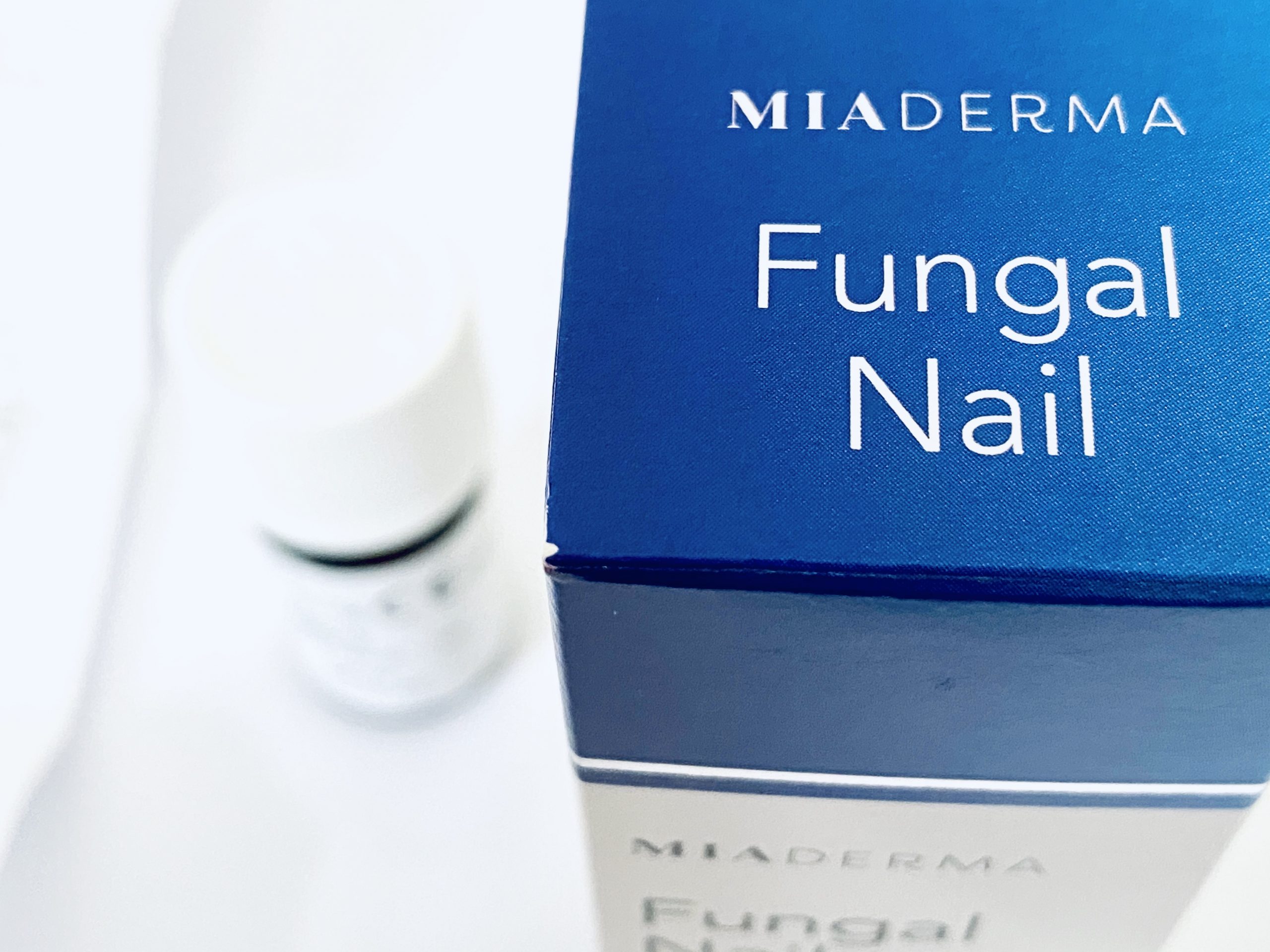 Is this solution a cost-effective treatment for a fungus-free foot?

EDIT: PK Benelux (the manufacturer of this product) emailed us about some points in our review of their product that they were not happy about. We have now either amended or removed this information following clarification from them. They have also informed us that this product is classed as a ‘medical device’ and as such is “backed up with clinical data and research”. We have requested this information and will update our review once it is received.

Miaderma has been a perplexing treatment – out of all the treatments we’ve come across in our odyssey of nail fungus cures, it certainly sounds like it is the best: 20 seconds to kill fungus and much cheaper than most other treatments. It made us scratch our heads a little bit – if this miracle cure really worked so well, how come we can find so little of it online?

Join us as we decode what information we’ve been able to find, and read between the lines with us to find out whether Miaderma is worth a shot…if you can even find this elusive product.

For those of you who have got places to be and people to meet, we understand not wanting to read a whole article. We wrote up a nice, succinct pros and cons section just for you!

Nice and cheap! Only around £10 for a 5 ml container. It also claims to be one of the fastest working nail fungus treatments on the market which, if true, means that you could be killing fungi on your nail within 20 seconds of applying the topical. It contains essential oils and linalool which are antimicrobial agents.

The claims of a fast-acting “INSTANT KILLER” of fungi known as ISK1320® are unverifiable as we do not know what this compound is or does, yet it does not seem to be an antifungal agent. The treatment is only available from Holland & Barrett, and is not widely distributed.

For you avid followers, read on to see how we came to these conclusions.

As we alluded to in our introduction, there is not much out there explaining the use of the Miaderma Fungal Nail Treatment – we only found one website that stocks it and a single PDF of the leaflet that comes with it. This is disappointing, as we have come to appreciate the jangly music and fun animations that come with most how-to videos for fungal nail treatment kits.

From what we can read, it functions as a basic nail lacquer, but Miaderma does not prescribe the application technique as rigidly as some other products. The lacquer comes in a pot with an applicator brush, which they say you should apply to your infected nail two to three times a day. They also recommend filing the nail down before application, as well as keeping the infected area dry and clean – two solid recommendations that we really can’t argue with.

In terms of how it takes effect, the Miaderma leaflet describes the lacquer ‘creating an unfavourable environment for the growth of fungi’. In deciphering this language, this seems like it is functioning like a lacquer with high acid and alcohol content, scouring the nail and penetrating to the nailbed in order to make the nail inhospitable to fungi. This is something that we’ve seen before in nail fungus treatments, and is a solid enough idea, even if it doesn’t seem to be antifungal in nature.

There’s no shortage of ingredients in the Miaderma Nail Fungus Treatment kit. This isn’t a school lesson, so we’re not going to waste your time by writing out every single chemical compound found in this topical. Instead, we’re going to focus on the ingredients that drew our eyes more than others and ingredients that raised our eyebrows altogether.

Something we didn’t quite expect to see but were pleasantly surprised to find was the number of essential oils packed into this treatment. The ingredients list melaleuca oil, eucalyptus oil, Lavandula oil, and linalool as components of Miaderma. If you check out our ingredients page and our at-home remedies page, you’ll see that we cast a kindly eye on essential oils, particularly ones with a higher concentration of linalool. Linalool is the chemical compound found in most essential oils and it has inherently antimicrobial properties. This isn’t exactly antifungal, but it’s better than just, well, nothing.

But what really snagged our eye here was something called ISK1320® (the little “®” appears every time it is mentioned by the company, signifying that it is a registered trade mark).

It is referred to by its strangely sensationalistic moniker “INSTANT KILLER” (caps are theirs) often, and promises that it is “killing fungi within 20 seconds”.

While we certainly appreciate the vigour with which they are claiming efficacy, we are a little sceptical. In the ingredient list, ISK1320® is simply listed, not explained in any great detail. PK Benelux, the manufacturer of this product, has told us that they “have chosen to protect the formulation for copying by calling the active ingredient ISK1320”.

We did a cursory Google search of ISK1320® and even “INSTANT KILLER” – but we found no medical or scientific sources that explained what the compound was or how it worked. We could only find it as an agent in a couple of other nail fungus treatments in the Netherlands and Poland, both of them with the same marketing description as Miaderma. Ultimately, we do not know what ISK1320 is made up of.

We’re cautiously optimistic about this treatment. If it was truly some kind of black market solution to your toes, it wouldn’t be on sale at Holland & Barrett – you would only be able to get it at that doctor who did surgery on the Joker in 1989’s Batman.

Without knowing exactly what this wonder ingredient is, this ISK1320®, we can’t really give an in-depth assessment on how efficient it is. We like that it contains linalool and essential oils that can certainly help, if only in a roundabout way. And we like that the goal is to create an inhospitable environment to the fungi – combating the conditions that allow a fungus to take root is often as important as combating the fungus itself.

At the time of writing, there were only four reviews online, and all of them are perfect five-star ratings. However, that feels like it is less conclusive than something with 200 reviews, so take that perfect rating with a pinch of salt.

We believe that this could be effective for your nail fungus, particularly if you are using it early enough in the process. If you’ve noticed some discolouration on your nail that could be a fungal infection, this could very well be an effective treatment for your ailment.

Here’s the thing: we couldn’t find Miaderma anywhere except on Holland & Barrett‘s website. The leaflet states that the legal manufacturer of the product is a company called PK-Benelux. Miaderma looks to be a private label product that is produced for Holland & Barrett, so finding it anywhere else is going to be unlikely. We could not find it stocked with any of the bigger pharmacies or supermarkets, so your best bet to find Miaderma nail treatment is to order it from Holland & Barrett’s website, or pop by one of their locations.

While finding it may be a tad tricky, the good news is that it happens to be one of the most affordable fungal nail treatments on the market, as low as £10 for a standard 5 ml treatment.

We’re on the fence about this treatment, if we’re being honest.

You could certainly try it out if you wanted to, but there are solutions out there that are easier to find and have more information available on their ingredient profile rather than relying on something that is a little more opaque.

If you happen to be strolling through your local Holland & Barrett and you’ve got an extra £10 to spend, by all means, go for this treatment. It could very well work – we can’t exactly explain how it could work since we don’t know much about the active agent (other than the essential oils in it) – but if you want to, go for it! However, currently, we don’t think that this product is worth going out of your way to purchase.

As already said, we can think of other more effective treatments that are easier to find than Miaderma.

Miaderma claims to work, but we can’t say for certain as we don’t know what the active ingredient actually does from a scientific perspective. However, based on the other ingredients, it may make your nail inhospitable to nail fungus.

Where can I get Miaderma nail fungus treatment?

It can only be acquired from Holland & Barrett shops or their online store.

What is contained in Miaderma nail fungus treatment?

A number of different acids, alcohols, and chemical components. The most important ingredients are linalool, which is an antimicrobial agent found in essential oils, and ISK1320®, which is touted by them as an “INSTANT KILLER” and kills fungi in 20 seconds. We have been unable to verify these claims.

Will Miaderma nail fungus treatment work if I am pregnant?

We will defer to your doctor, but topical treatments for fungal nails are minimally invasive, so there should not be any adverse effects if you are pregnant. 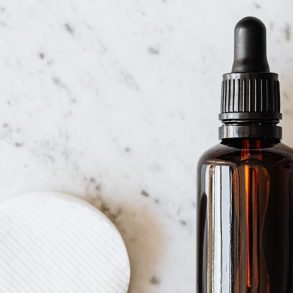