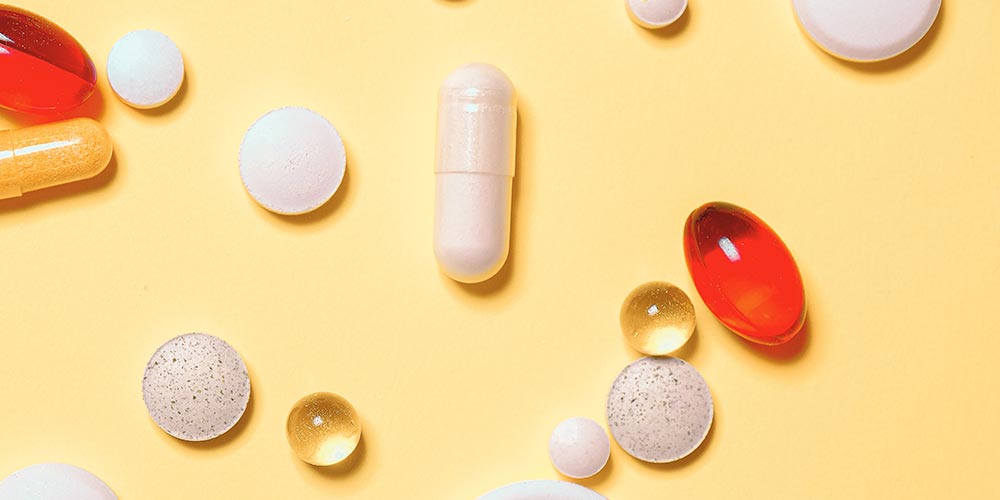 What’s going into your body or onto your toes? We can explain that to you.

Medicine can be daunting, we understand that. When you’re putting something into your body that sounds like it could be a character from Middle Earth, you’re going to want to have some deeper information about it (quick: is Glorfindel something you use to treat your plantar warts or is he the Elven lord of the House of the Golden Flower in Gondolin?)

We want to break down some of this indecipherable language and tell you what’s really happening with that specific compound when you put it on your toe or swallow it to treat your nail fungus. As the names can kind of blend together after a while, we’ve decided to separate these ingredients into the categories you’re most likely to find them in.

At-home remedies, as we’ve said before, come fast and loose when you do a Google search, so we can’t break down every ingredient for every single mentioned remedy on that wellness blog you just read. Nor are we going to explain the chemical composition of vinegar, salt, or any other at-home solution that speaks for itself.

However, if you look closely at a few of those at-home remedy listicles, you’ll see that every once in a while they’ll throw in a science-y sounding word that makes you relax and think “oh, science! I can trust this website!” But what do those words mean, and what are they doing for your nails?

This is actually one of the more commonly known substances on this list – but you usually expect to see the word ‘layer’ beside it, right? Ozone is a gas compound that is composed of three oxygen molecules instead of the normal two. Many at-home treatments for nail fungus will mention ‘ozonized oils’ like sunflower oil and olive oil as a way of treating your feet. A couple of studies that have been carried out have found that ozonated oils have been helpful in combating nail fungus as it “oxides plasma membranes of fungi”, meaning it can work as an antifungal.

Often getting a bad rap because of the ‘cigarette’ connection, menthol can potentially be helpful to your fungal infection. Despite unfortunately being a flavour of cigarette, menthol is not necessarily as nasty for you when on its own. Menthol is a chemical derived from peppermint or mint oils that is an active ingredient in mouthwash and vapo-rubs, both common mentions when talking about at-home remedies. It has antiseptic properties and has been used more often than not to deal with respiratory ailments, but hey, you can put it on your toenails, too!

This one’s a mouthful, but these compounds that are often found together, linalool and linalyl acetate, are active chemical agents in many essential oils (which, as astute readers are aware, are a big feature in any at-home remedy list). These act as antimicrobial agents, which can help break down the nail fungus – so whichever essential oil you choose, make sure it has some of these chemical compounds in it.

Now we’ve gotten to the point where we can’t hide from actual medicine any longer. The above chemicals and compounds have various uses and can help somewhat, but when it comes to the ingredients in some medical-grade topical ointments and lacquers, we’re going to have to get a little academic.

If you go browsing through any of our website where we talk about potential treatments for fungal nail infections, you’ll probably stumble upon something called snakeroot extract – that’s essentially what ciclopirox is! This is a chemical distilled from the North American plant ageratina altissima (the snakeroot) which can be used for the dermatologic treatment of fungal infections as it has powerful antifungal properties. You will usually use this as nail lacquer, but sometimes as a cream.

Similarly to ciclopirox, amorolfine is also used in nail lacquer treatments, except that it is synthetically created. It comes in a host of different names like Curanail, Odenil, Locetar, and Loceryl, but it does essentially the same thing. However, some studies show that using a nail lacquer with amorolfine rather than ciclopirox is actually more effective, meaning that if you can find a lacquer with amorolfine, it might be more worth your while than ciclopirox.

Now it’s time for the big boys. The ones you call in when there’s nothing else that will do the trick. The following medications are always prescribed by doctors, and we can probably go ahead and say that they will know a lot more about these and the side effects you can expect than we do, but we’ll still try to give you a little primer on each of them and how effective they are.

Terbinafine is probably the most common of oral medicines that combat nail fungus. It is usually seen under the brand name Lamisil and has been the leader in nail fungus medication since it was discovered in 1991.

It’s so well-known and useful, it’s even made the list of the WHO’s list of essential medicines. According to a recent study, Terbinafine is still the most effective oral antifungal medication with a 76% success rate. It is, however, worth noting that there have been some associations with liver damage stemming from Terbinafine use.

While less effective than Terbinafine, Itraconazole is a particularly good all-around anti-fungal drug and is usually used for fungal infections of the lungs, the mouth, the throat, and the skin. Sometimes it is used effectively in combating toenail and fingernail fungal infections with around a 60% success rate.

There you have it! Next time you roll up to the doctor’s office to get a prescription for your nail fungus, you can surprise him or her with your in-depth knowledge of all of these fancy words. 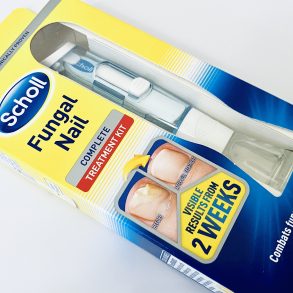