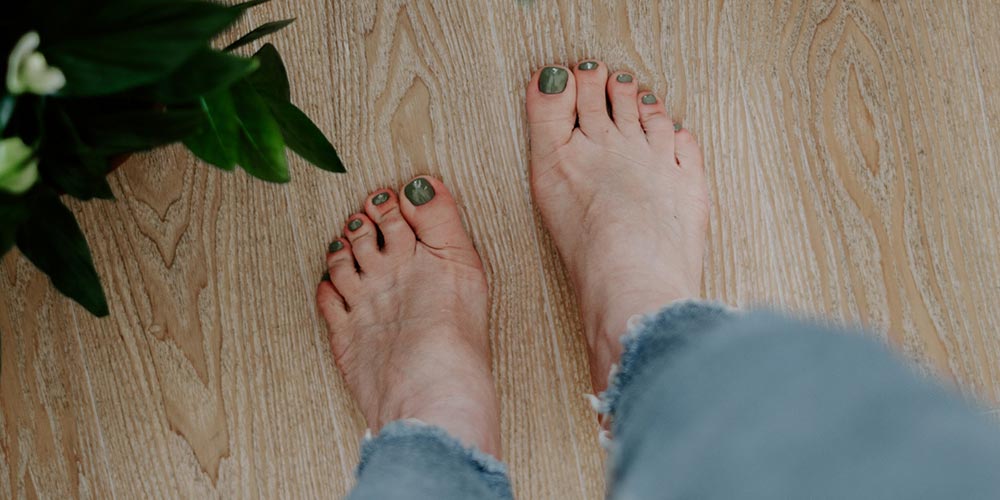 Have some general questions about nail fungus? We’ve got your answers.

What is nail fungus?

Nail fungus is also known as onychomycosis. It is an infection of a toenail or a fingernail (and the nail bed) by fungi – a type of spreading plant-like microorganism. You know you have onychomycosis if you have white/yellow/green discolouration, warping of the nail, or even deterioration of the nail.

Why does nail fungus occur?

Nail fungus will occur in a perfect storm of circumstances: usually, a fungus is picked up when walking barefoot somewhere that they are likely to flourish like a locker room, swimming pool areas or a gym, and will gain traction in the nail due to either a lack of cleanliness or trauma to the nail that allows the fungi to thrive. Fungi will grow in damp, dark conditions – so cleaning your feet and allowing your foot to breathe is important to avoid nail fungus infections.

Where does nail fungus start?

Nail fungus usually happens on the foot, most often the big toe, although technically onychomycosis can infect any nail, whether on your foot or your hand. The big toe has the most surface area and is the most likely to be an environment where a fungus can thrive.

Nail fungus is only technically caused by the fungi that have invaded your nail – most often these are dermatophytes. Dermatophytes are a branch of fungi that specifically infect humans and animals with trichophyton rubrum being the most common fungi that infect our nails. However, fungal infections require circumstances as much as causative agents to take hold – so one could also say that damp, dark conditions that feet are kept in, nail trauma, age, and being immunocompromised all have a factor in causing nail fungus.

How does nail fungus spread?

While it is uncommon to get nail fungus from another person directly, you can pick up fungi from generally unclean situations like walking barefoot in a locker room, not wearing footwear in a communal shower, walking barefoot outside, etc. Nail fungus can be spread from toe to toe if they are in close contact (as they always are) and you are not being careful to treat the infected toe (doing things like sharing the same nail file between an infected and a healthy nail, wearing restrictive footwear that doesn’t allow for breathability, etc.)

No, nail fungus is not genetic. However, everyone’s body chemistry is a little bit different, so you might be genetically predisposed to be more susceptible to nail fungus than other people.

Not at all! Nail fungus is treatable and curable. However, it can sometimes feel permanent because fungi are notoriously hardy creatures that are difficult to kill. There is also the risk of reoccurrence, but that’s where preventative measures come in handy.

Nail fungus usually starts with discolouration to your nail – often white, yellow, or greenish discolouration, followed by a build-up of discoloured material, distortion of the nail, and eventually deterioration of the nail. Your nail can become very brittle and warped and will begin breaking down the longer the infection continues without treatment, eventually becoming painful.

Yes, nail fungus can spread between nails, but it usually will not spread between people unless you both keep your nails together in a damp, enclosed space for hours at a time (but that’s none of our business). It is common to spread to other toes if the conditions that allowed the infection to start are continued: damp, dank environments, and sharing common tools like files, clippers, and brushes.

What do I do when nail fungus turns black?

A black nail is never good. If you suddenly have a black nail, it means that there was likely some trauma and there are broken blood vessels and blood pooling under the nail. However, if you have noticed nail fungus for a while and it begins to turn black, it may indicate that the infection is becoming more severe. At this point, you should seek advice from your doctor.

When is nail fungus severe/dangerous?

Nail fungus becomes severe when the nail itself begins to disintegrate. At this point, you are at significant risk of losing your nail entirely and should see a doctor. Similarly, if you are experiencing acute pain from your nail or there is an unpleasant scent emanating from your nail, this is sufficiently severe to merit a visit to your doctor – though we recommend trying to treat it before it reaches this level of infection.

Can nail fungus spread to skin or bones?

Yes to the skin, no to the bones. Fungus spreading to the skin around your foot can happen, and it is a condition commonly known as athlete’s foot. That’s right – athlete’s foot is simply a fungal infection of a different part of your body, the skin on the foot. It is typified by red, cracked skin that is itchy. Nail fungus cannot spread to your bones, so you need not worry about that.

Can nail fungus kill you?

No – nail fungus does not have the power to kill you. It can cause you extreme pain and discomfort, but nail fungus will not be a cause of death.

Absolutely. Your nail fungus can be treated with topical ointments, oral medication, or even at-home solutions. If you catch your nail fungus early enough, just changing some facets of your lifestyle may be enough to make the infection go away.

We tend to look favourably on any treatment that has an antifungal compound in it – things like amorolfine, ciclopirox, terbinafine, or anything else that has been medically proven to kill fungi. However, each person’s body chemistry is different, so at-home remedies like baking soda, essential oils, or vinegar could potentially do some good for your nail infection.

Which nail fungus treatment is best?

Like we said, if you’re going to look at raw numbers of successful treatments in clinical trials, we can come to the conclusion that an oral treatment of terbinafine is the ‘best’ or most effective treatment for nail fungus. It has a 76% success rate and is listed by the World Health Organization as one of their 100 essential medicines.

Will nail fungus go away on its own?

It depends on your definition of ‘on its own’. If you mean ‘requiring no effort whatsoever on my part and continuing my life as if I was never infected with fungi’, then no, it won’t go away on its own.

However, if you mean ‘requiring some preventative measures but not applying any direct treatments to my nail’ then we’ll give you a solid maybe. If you notice nail fungus, we recommend you try to create an environment where the fungi will have a difficult time thriving. That means clean, absorbent socks that will take away the moisture that fungi feed on. That means breathable footwear to allow airflow to your feet. That will potentially allow the fungi to die without gaining a foothold on your foot.

Will nail fungus grow out?

If you are treating your nail, then it may indeed grow out. There are a number of over-the-counter topical treatments that work to immobilise the spread of the infection and then strengthen the nail to grow out, ditching the infected cells on the way out. However, infection usually strikes the nail bed as well as the nail, so just allowing your nail to grow without doing anything to combat the nail fungus is generally a bad move, as the fungi can just spread from the nail bed into the newly grown nail.

Not much, if we’re being completely honest. Any kind of nail treatment will take time, vigilance, and determination on your part. Most topical solutions that have antifungal compounds will take up to six months before it kills the fungi that is infecting your nail.

Nail polish is not a good spreader of nail fungus. Usually, these are tightly sealed containers with an abundance of a chemical solution that smothers the fungus, does not give it anywhere to propagate, and may well prove toxic to the fungus. However, nail fungus can live on unsterilized nail equipment or tools like files and clippers.

How can I prevent nail fungus?

Is saying ‘be hygienic’ here a bit of a cheat? Whether it is or isn’t, hygiene is probably the best preventative measure you can take against nail fungus. Practising good foot hygiene like cleaning your feet and nails thoroughly, giving them the care of absorbent socks and breathable shoes, and not taking unnecessary risks like walking barefoot in a public shower are all easy measures to take to avoid nail fungus. 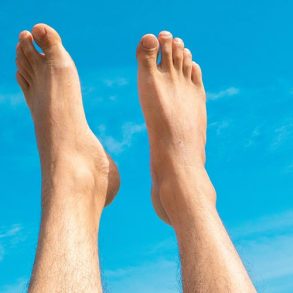