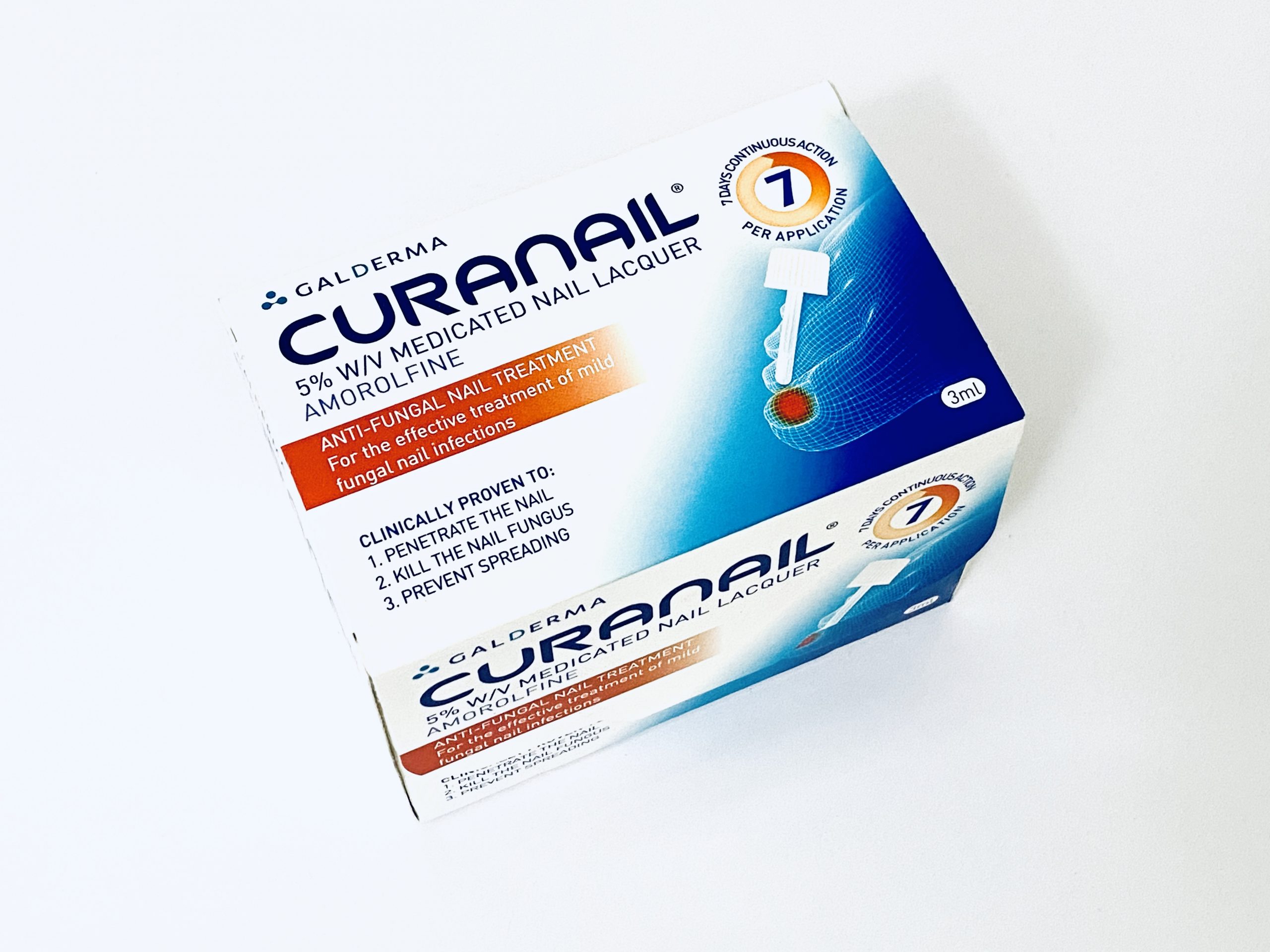 You’ve heard all about Curanail: here’s what we think of it.

If you’ve done any kind of research on how you fix your fungal nail infection, chances are you’ve already stumbled across Curanail. Curanail has the lofty position of being probably the most popular name when it comes to topical medication for nail fungus – a pretty big name to live up to, in our opinion (being a website dedicated to this kind of thing).

However, as we know, sometimes a simple solution to your nail fungus is difficult to find – so how effective is Curanail, really? How does it compare to other topical or at-home nail fungus remedies? And how likely are you to find this product in your local pharmacy?

Fear not – we’ve done the research for you! Everything you’ve ever wanted to know (and maybe even some stuff you didn’t want to know) about Curanail is detailed below!

Here’s a quick primer on what is good and what is not so good about Curanail before we go a little more in-depth in the later sections.

Amorolfine, amorolfine, amorolfine. We can’t stress enough how important and effective having an active antifungal in your nail fungus treatment is. It increases the likelihood of your problem being solved exponentially when compared to topicals without an antifungal. It also doesn’t hurt that Curanail is easy to find, easy to use, has a wonderfully descriptive manual, and is, if nothing else, reasonable in terms of price.

It seems like Curanail may have messed up their latest round of packaging when they distributed dud multi-use applicators that weren’t as effective as the multiple single-use applicators that they used in the past. Their lack of cohesion on the topic when trying to address this issue doesn’t look good for them either.

Another con is that this is only going to be effective for your nail if it is still in the early stages of the infection: some discolouration that isn’t on the majority of the nail, no deterioration or heavy warping being present. Once your nail starts crumbling, this solution is not going to be effective in treating your fungal infection and the time is right to see a doctor and get some oral medication.

Interested in how we got our score for Curanail? Read on below.

Like any good company, Curanail has hopped over to YouTube and has produced a video with some delightfully jaunty music (see below) that explains in forty seconds how to use their product. Feel free to watch the video, but since it goes rather quickly, we’ve decided to break down the steps for you here.

Curanail is a nail lacquer, which means it functions essentially the same as a nail polish that you might put on your toes to look cute for your well-deserved vacation to Zanzibar later this year (wishful thinking, but still). It is a clear liquid solution that comes in a little pot with a brush.

Curanail doesn’t mess around – on both their video and their website, they list five essential steps to using their product:

We like the no-nonsense, easy-to-understand process – just apply to the nail and let it do its job. However, we do think it is important to point out (and Curanail does not mention this) that when you file down an infected nail, you should not use the same file again, as it can spread the fungus to other nails or redistribute the fungi later on the same nail. We recommend getting some cheap, single-use nail files to help avoid spreading the infection further along your foot.

Curanail has the regular list of ‘difficult-to-pronounce-yet-important ingredients’ that you’ll find in any kind of medicated topical solution: ammonio methacrylate copolymer A, triacetin, butyl acetate, ethyl acetate, and ethanol. Importantly, however, Curanail contains 50 mg/ml of amorolfine.

Ardent readers of our website will recognise amorolfine – it is a successfully effective antifungal compound that is synthetically created. If you want more information on it, we recommend checking out our ingredients page to see how it compares to other antifungals. However, suffice to say that amorolfine has the science and the clinical tests to boast some real power when it comes to knocking out that fungus on your nail. This is a big plus, in our books.

We’ll be straight-up with you: most reviews for this product floating around on the internet look good. People who have used this product for their nail fungus tend to stick to it if they ever have a flare-up again and a majority of reviews that we could find are full of praise for Curanail.

As with any topical solution, you will have to expect results coming slowly, as Curanail recommends that you consistently use their product for a few months (six months for fingernails, six to twelve months for toenails) to be effective.

However, we wouldn’t be doing our homework properly if we didn’t deconstruct the negative reviews. A small handful of people are probably using this product without reading the leaflet – which describes in great detail when Curanail will be effective (when your symptoms are mild) and when it will not. However, since this leaflet is so descriptive (especially when compared to some other nail fungus solutions), this probably accounts only for a small proportion of negative reviews.

The majority of negative reviews we found tended to be directed towards the applicator. In the past, Curanail came with a few separate applicators that could be used and tossed away afterwards, with a high distribution when it came to how much solution was picked up and spread onto the nail by them. However, since the latter half of 2019, Curanail has decided to do away with the individual applicators and stick what is probably the more cost-effective technique of having one applicator (that distributes less of the solution) that is attached to the screw-cap of the pot of solution. There seems to be miscommunication between the manufacturer and the PR team, the former saying that the in-solution applicator does not contaminate the liquid and the latter saying the applicator must be wiped off after each application to avoid contamination. Kind of confusing when looking for a straight answer, right?

We’re hopeful that Curanail can remedy this miscommunication, as it seems to be hurting their reputation. However, even with these recent negative reviews, most people still agree that Curanail is effective in treating an early-stage infection of fungi in your nail.

Curanail is one of the more popular brand names when it comes to nail fungus topicals, so finding it won’t be very difficult. They advertise stock at Boots, Superdrug, Lloyd’s, and Well Pharmacy, so popping down to those shops will make finding Curanail simple. For you introverts reading this, don’t worry, it is definitely available online from both Amazon and eBay.

Curanail is a tad more expensive than some other name-brand topicals, clocking in anywhere between £20 and £25, depending on where you look. This is a little annoying considering that you’re just getting the solution rather than something that might be cheaper and comes with files or alcohol wipes – but hey, Curanail has an active antifungal ingredient in it, so it may well be worth every penny you spend on it.

After all our reading, research, and scratching of chins, our verdict is that we just plain like Curanail. It may not be the most effective antifungal out there, but it is a widely available, relatively cheap solution for mild fungal infection symptoms that is scientifically proven to work. We think that if you’re looking for a place to start in treating your discoloured toenail that doesn’t involve a concoction of household products, you can’t go wrong with Curanail – as long as you’re aware of the potential deficiencies that come with it.

If you’ve been using Curanail for a while and want to tell us about your progress, please don’t be shy! We want to know all there is to know about your experience and how (if at all) the new applicator situation has affected the efficacy of your nail fungus treatment. Drop us a line and let us know!

Curanail is a nail lacquer that functions kind of like a nail polish. You first file your nail and then apply the Curanail lacquer to the infected nail. The amorolfine, an active antifungal agent, will kill the fungus growing in your nail.

What is Curanail used for?

Who sells and where can I find Curanail?

Most local pharmacies and drug stores will stock Curanail as it is a popular product for fungal nail infections. You can find it at Boots, Superdrug, Lloyd’s, and Well Pharmacy as well as online at Amazon or eBay.

Can I use Curanail twice a week?

You could, if you like to live life dangerously and disobey suggested instructions from the experts. However, we don’t recommend it. Curanail recommends only using the product once a week. In this time, it allows the product to saturate and attack the fungus that is giving you trouble. Using it more than once a week can oversaturate your nail and potentially cause damage from the other direction.

Can I use Curanail when pregnant?

We’re going to defer to your doctor for this answer. While a topical shouldn’t affect you in any negative ways, it is a product that has medicinal qualities to it. As such, your doctor should have the final say about whether this is safe to use. 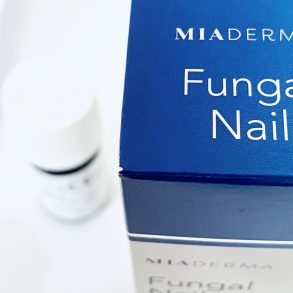